Meet the Board of the Islamic Museum. Our Board Members bring a wealth of experience and expertise, assisting the staff and volunteers to meet Museum objectives. 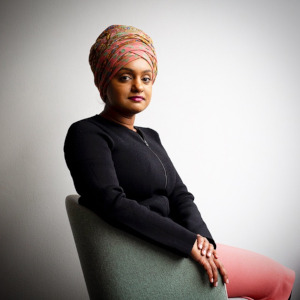 She has extensive experience in workplace law and is a member of the Victoria Statutory WorkCover Advisory Committee. She is listed in the prestigious Doyle’s Guide as a preeminent Australian personal injuries lawyer and is a Law Institute of Victoria Accredited Specialist.

She has a strong passion for equality and social inclusion and has provided advice to a number of government and not for profit organisations. In addition, is an outgoing Director and Trustee of the Victorian Womens’ Trust, Deputy Chair at InTouch Multicultural Centre against Family Violence, Advisor to Victoria Police, Chief Commissioner’s Human Rights Strategic Committee, AFL Multicultural Advisor and Vice President of the Office for Women at the ICV. Most recently, she was awarded an Order of Australia medal for her contribution to the community and the law. 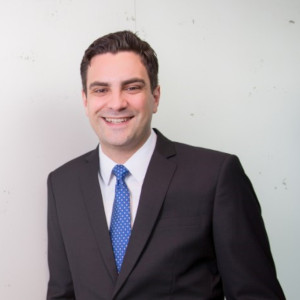 Jevan Bouzo is Chief Operating and Financial Officer (COFO) of ASX listed company, Viva Energy Australia where he is responsible for operations spanning the national network of fuel import terminals, infrastructure, distribution and supply chain including fuel procurement and Singapore presence as well as wholesale sales and group commercial pricing. In addition to these operations activities Jevan continues to oversee finance, tax, treasury, procurement, credit and insurance for the group.

Jevan has been with Viva Energy since 2015 having led the organisation through IPO in 2018.  Prior to becoming COFO, Jevan held the role of CFO and acted as the shareholder nominated director of ASX listed Waypoint REIT. Before joining Viva Energy Australia, he worked at Ernst & Young in assurance and business services across a range of industries including property, retail, energy and not-for-profit.

Jevan is a Chartered Accountant with a Bachelor of Commerce degree from Monash University and is a director of several not-for-profit organisations and private companies. 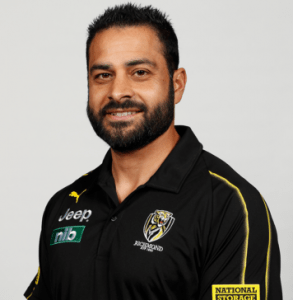 Ali Fahour is the Strategic Community Engagement Manager at the Richmond Football Club as well as the General Manager of the Bachar Houli Foundation.

Ali has over 10 years’ experience as the National Diversity Programs Manager at the AFL, as well as extensive experience in the development of multicultural programs in the multicultural sector.  Ali brings his experiences and learning from the AFL on social leadership, employment and engagement programs to broaden opportunities for multicultural youth.

Ali has previous experience as the CEO of the Islamic Museum of Australia overseeing strategic direction and stakeholder engagement. 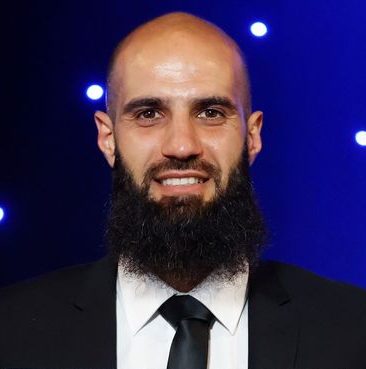 Bachar Houli is a former Australian Football League (AFL) player who had a 15-year career with Richmond and Essendon. He is the first devout Muslim to play in the AFL, and is a three-time premiership winner.

Bachar played over 200 games with Richmond and was runner-up in Norm Smuth Medal voting in 2017 and 2019. He was named an All-Australian halfback in 2019.

Bachar is the founder of the internationally award winning Bachar Houli Foundation and is a role model for the Australian community due to his inspiring work promoting social cohesion. In 2020, Bachar was awarded the Jim Stynes Community Leadership Award. 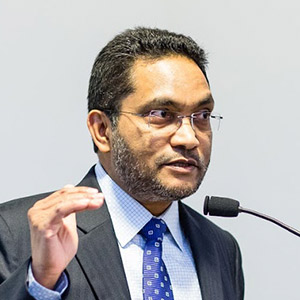 Professor Abdullah Saeed AM is currently the Sultan of Oman Professor of Arab and Islamic Studies and Director of the National Centre of Excellence for Islamic Studies at the University of Melbourne, Australia. He is also a Fellow of the Australian Academy of Humanities.

Among his publications are: Reading the Qur’an in the Twenty-First Century (2014); Islam and Human Rights (edited, 2012), Islamic Political Thought and Governance (edited, 2011); The Qur’an: An Introduction (2008); and Interpreting the Qur’an: Towards a Contemporary Approach (2006).

He is currently a member of the UNESCO Commission of Australia. He contributes to print and electronic media on Islamic issue, has a wide range of professional and research relationships around the world, and is on the editorial board of several international refereed journals. He was awarded an Order of Australia (AM) in 2013 for significant service to tertiary education in the field of Islamic studies, and to the community, particularly through the promotion of interfaith dialogue. 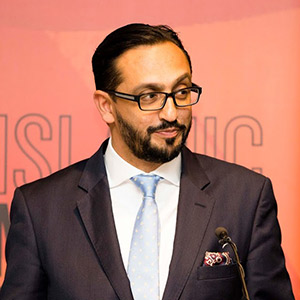 Asad is a Melbourne based lawyer and finance professional with more than 20 years of experience as an adviser to some of the world’s largest banks, investment and infrastructure funds in South East Asia and the Middle East. He is a leading Islamic finance advisor and has advised on more than $1 billion of successfully implemented Australian Islamic finance transactions.

He was a Director at Deloitte in their Financial Services and Investment group, and also served as a Special Counsel in the firm’s legal practice, Deloitte Lawyers. He has held senior appointments with the Islamic bank, Kuwait Finance House and Australian top tier law firm, King and Wood Mallesons.

He co-founded Amanah Islamic Finance, a home finance provider with committed finance of more than $100 million which provides Islamic financial solutions across Australia. 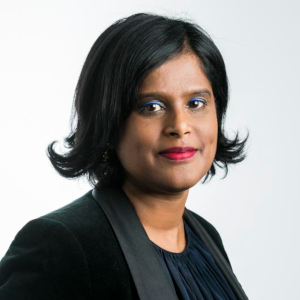 Farah’s professional experience spans the community sector and media. Since April 2020, she’s worked as the Director of Community Engagement at Tenants Victoria, the peak body for the state’s tenants, helping shape the organisation’s pandemic responses.  Prior to this, she was Principal Advisor, Public Affairs and Policy, at the national anti-poverty group the Brotherhood of St Laurence.

As a senior journalist at The Age until 2012, her newsroom career included covering social and legal issues, working as a political journalist in the Canberra Press Gallery and Victorian Parliamentary Press Gallery, and international assignments for The Age and sister paper The Sydney Morning Herald.

Farah is also the board chair of The Social Studio, a Collingwood-based social enterprise and fashion label working with young people from refugee and new migrant backgrounds. She has degrees in law and arts from the University of Adelaide. 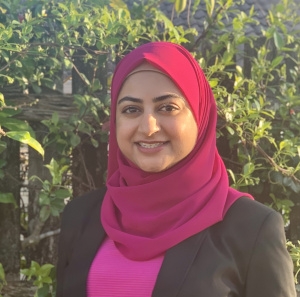 Ameera Ismail is a Brisbane-based lawyer with experience in administrative and criminal law. She has a track record of emerging leadership, and in 2020, spent three months as a visiting professional in the appeals chamber of the International Criminal Court, The Hague.
In 2016, she participated in the youth development program on the STS Young Endeavour, sailing from Esperance to Adelaide. She is passionate about the intersection between human rights and the law, and has volunteered at organisations such as Muslim Legal Network (Victoria), Prisoners Legal Service, LawRight, Disability Law Queensland, and the Queensland Council for Civil Liberties. 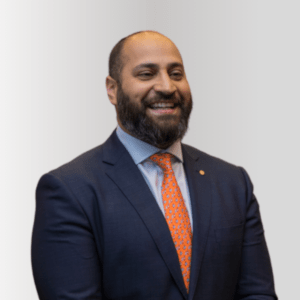 Moustafa Fahour OAM is an Executive – Middle East for Plenary Group and the Founder of the Islamic Museum of Australia. He was formerly the CEO and Managing Director of one of the leading diversified international contractors in the Middle East, based in Dubai for over 7 years.

He has over 22 years of experience in the banking industry, construction, management and has held senior roles with CIMIC Group, Macquarie Bank, National Australia Bank, UBS and Citigroup.

He was recognised with the Medal of the Order of Australia (OAM) by the Australian Government in 2015, Highly Commended by the Victorian State Government for community response and recovery in 2021, was selected as one of The World’s Most Influential Young Arabs under the age of 40, by Arabian Business and the distinguished Alumni Award by La Trobe University in 2016. 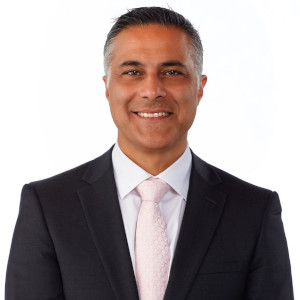 Ahmed is also an active member of Australia’s Muslim community. He is an Australian Special Envoy to the Organisation of Islamic Cooperation.  In January 2017, Ahmed was appointed an Officer of the Order of Australia for distinguished service to business, and as a supporter of improved multicultural relations. 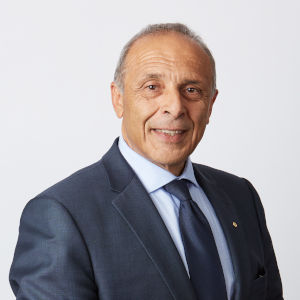 Hass Dellal AO is the Executive Director of the Australian Multicultural Foundation and Deputy Chairman of the SBS Board of Directors. He has over 25 years’ experience in policy, management, community development and programming for cultural diversity.

He has extensive experience nationally and internationally in multicultural affairs. He serves on various boards and committees and has spearheaded initiatives for the development of the general community. He has prepared programs on community relations on behalf of Government authorities and the private sector. Hass is Chair of the Centre for Multicultural Youth, Co-Chair of the Victoria Police Multifaith Council, Board Member of the European Multicultural Foundation, a Fellow of the Williamson Leadership Program and an Australia Day Ambassador.

He was awarded the Medal of the Order of Australia for services to Multiculturalism, the Arts and the Community in 1997, and the Centenary of Federation Medal in 2003. He was conferred with an Honorary Doctorate in Social Sciences by RMIT University in 2006.