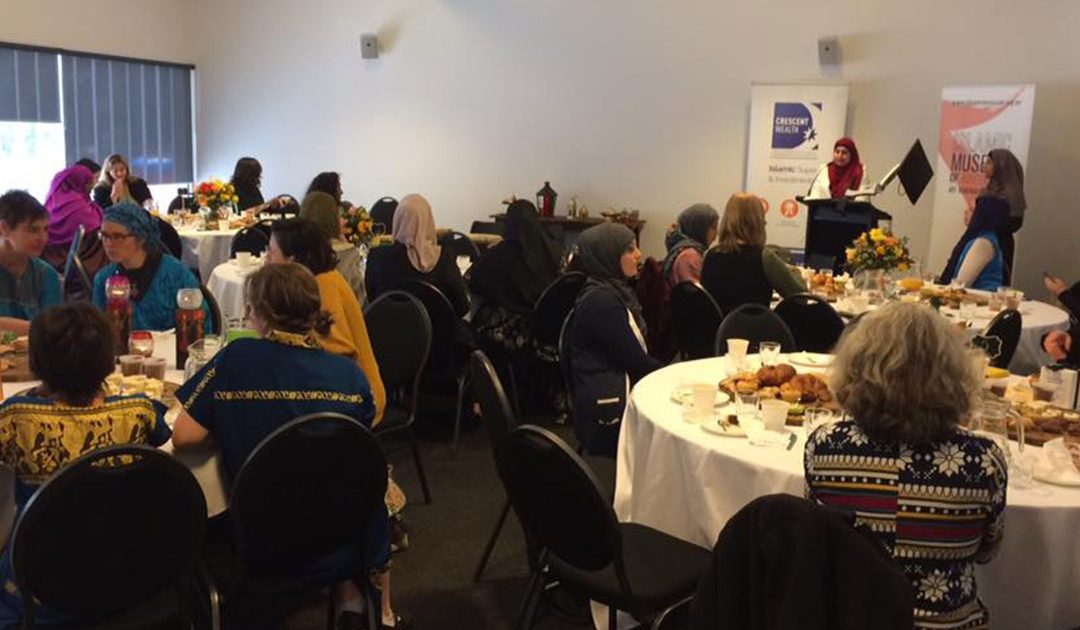 The IMA’s Women Only Morning Tea was held on Wednesday September 20th and featured our distinguished guest Professor Marcia Langton who holds the Foundation Chair of Australian Indigenous Studies at Melbourne University.

It was an honour to host Professor Langton, who is an anthropologist and geographer and has made significant contributions to government and non-governmental policy in the area of Indigenous issues. Professor Langton mused over the legacy of exchanges that occurring between the first Muslim fishermen arriving from Macassar in the pre-settlement era and Indigenous Australians; reflecting on the rich literary, historical and anthropological connections that occurred.

We were also treated to a fabulous drumming performance that saw the spirit of the Middle East and Africa manifest in the atmosphere. The room was filled with enthusiasm, love and light that saw women pertaining to diverse communities and industries come together in celebration of sisterhood and empowerment.

The morning tea was catered by our very own IMA Café and included a delectable array of finger sandwiches, Middle Eastern pastries and decadent desserts. Attendees also participated in a series of games and quizzes with prizes generously donated by Butterfly Effect Candle Co and Trokey.

IMA is grateful to Crescent Wealth for sponsoring this sell out community event that has acquired a status as a favourite amongst our visitors and friends.