Trace the spread of Islam from East to West through spices and seasonings.

This workshop will be held : on-site at the Islamic Museum of Australia

Islam has a tasty history 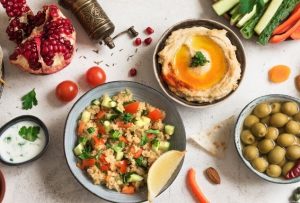 Explore the diversity of Islamic cultures through food in our World Cafe!

Trace the spread of Islam across the East and West through spices and seasonings as you sample different foods from places like Somalia, Indonesia, Lebanon and Bosnia-Herzegovina.

Wrap up the workshop by making your own zaatar to take home; a popular and versatile spice blend with many culinary uses. You can sprinkle it on toasted pita bread, season meats and vegetables, and even brew it in boiling water to make a herbal tea.

Did you know? A good Moroccan dish should consist of 90% spices, according to Moroccan Food Tour on Instagram. And seeing as the famous Moroccan blend 'ras el hanout' is made of 27 spices, you can imagine the explosion of flavours tingling on your tastebuds! How did such a variety of seasonings, from tumeric to nutmeg, become staples in Moroccan cuisine?

Before the Arab conquest of North Africa in the 7th century, the Berbers—the Indigenous peoples of Morocco—used whole foods like olives, figs and dates to strike a balance between sweet and salty in their meals. It was when the Muslims arrived between 665-689 CE that the Berbers were introduced to traditional Arab cooking, resulting in a culinary collaboration now known as one of the world's most loved cuisines.

The Muslims had brought ingredients from China and India with them, like cinnamon, ginger, saffron, cumin and caraway. They also shared the practice of sweet-and-sour cooking using nuts and dried fruits with the Berbers, which the Arabs had learned from the Persians. Other Islamic civilisations, like the Ottoman Empire, also introduced the smoky barbeque kebab to Morocco.

These exchanges were made possible thanks to the Silk Road: an impressive and expansive network trailing more than 15,000 kilometres. It connected the East and West from the west coast of Japan, through the islands of Indonesia, around the Indian subcontinent to the Iranian Plateau, the Arabian Peninsula and eventually Europe.

All of these influences culminated in the formation of 'ras el hanout', also known as Moroccan seasoning. A loose translation of the name means 'head of the shop'. It's meant to represent the very best the spice merchant has to offer. What makes this blend so special is that, not only is it a delicious and tangible representation of centuries of intercultural exchange, but it is also an impressive concoction of 27 unique and diverse spices from all over the world. Somehow, they have managed to merge harmoniously in a balanced, full-bodied spice blend with no sharp edges.

After our World Cafe workshop, explore our Islamic Contributions to Civilisation Gallery to learn more about the Islamic histories behind your favourite foods and drinks, like coffee! Or, if your appetite still isn't satiated, check out IMA Café for flavoursome meals with a Middle Eastern twist.

Check out more of our upcoming events here. 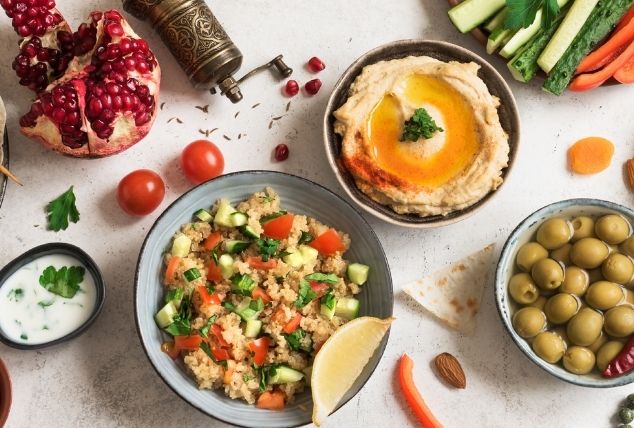