Stories in the Stars

Stories in the Stars 13 August 2022 6:15 pm 13 August 2022 7:45 pm Islamic Museum of Australia Learn how Greek and Muslim astronomers worked together to understand the stars.

Learn how Greek and Muslim astronomers worked together to understand the stars.

This workshop will be held : on-site at the Islamic Museum of Australia

Be transported out of this world 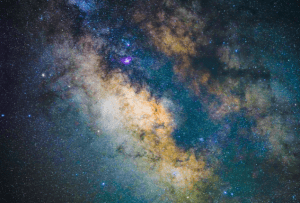 The field of astronomy is one of the most captivating examples of cross-cultural collaboration in the sciences. Join us in this out-of-this-world workshop co-presented with our friends at the Hellenic Museum. Delve into the magnificent minds of historic astronomers, from Ptolemy to al-Sufi.

Astronomy is one of the oldest sciences. Ancient cultures like the Babylonians and Greeks recorded their observations of the night sky. Scholars in this field helped develop a tool called an astrolabe; a compact device inscribed with information that could pinpoint the positions of stars and planets. In turn, you'd be able to work out the time, your location, the season, and even your zodiac sign.

One of the most notable scholars of the stars was Claudius Ptolemy; a second century Greek mathematician, astronomer and geographer famous for his geocentric theory; that is, that the Earth was the centre of the universe. Ptolemy's theory, as documented in his treatise titled Almagest, remained unchallenged for over a millennia. That was until this fundamental Greek text was translated into Arabic 700 years later.

The translation of Ptolemy's text gave Persian and Arab Muslim scholars an opportunity to test, revise and expand on the conclusions made about astronomy many centuries earlier.

An important discovery which changed our understanding of astronomy forever was made by Egyptian astronomer Ibn Yunus. He extensively studied angles and triangles and used large observational instruments to challenge this geocentric idea proposed by Ptolemy. His work helped form the basis of the heliocentric model—where the Earth revolves around the sun—which we continue to accept in science today.

Muslims also made improvements and refinements to the Greek astrolabe to help find the direction of Mecca for prayer, as well as the times for daily prayer.

Be immersed in a stellar presentation showcasing Islamic and ancient Greek stories about constellations, stars, planets and the universe. Then, create your own model astrolabe calibrated to the Melbourne sky.

Learning Outcomes as per the Victorian Curriculum: What's Included:
About the Hellenic Museum

Founded in 2007, the Hellenic Museum is Australia's only museum dedicated to preserving and showcasing Greek art, history and culture. Located in the city of Melbourne, which boasts one of the largest Greek diaspora communities in the world, our mission is to inspire a passion for Hellenic culture from the ancient to the contemporary. By bringing together multiple artistic disciplines and perspectives, the Hellenic Museum presents a holistic experience of Greek culture and the contribution it has made, and continues to make, to society today.

Check out more of our upcoming events here.

This event is supported by:

A National Science Week event, presented with the support of the Inspiring Victoria program.

Event main image: 16th-century Turkish manuscript shows Taqi al-Din and other astronomers at the Istanbul Observatory, from the Book of the Kings via 1001 Inventions. 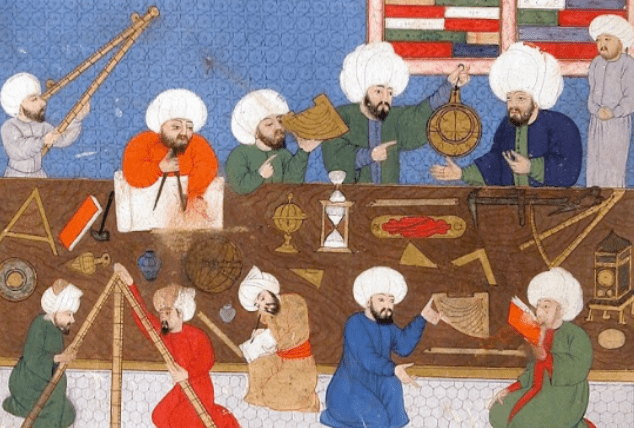