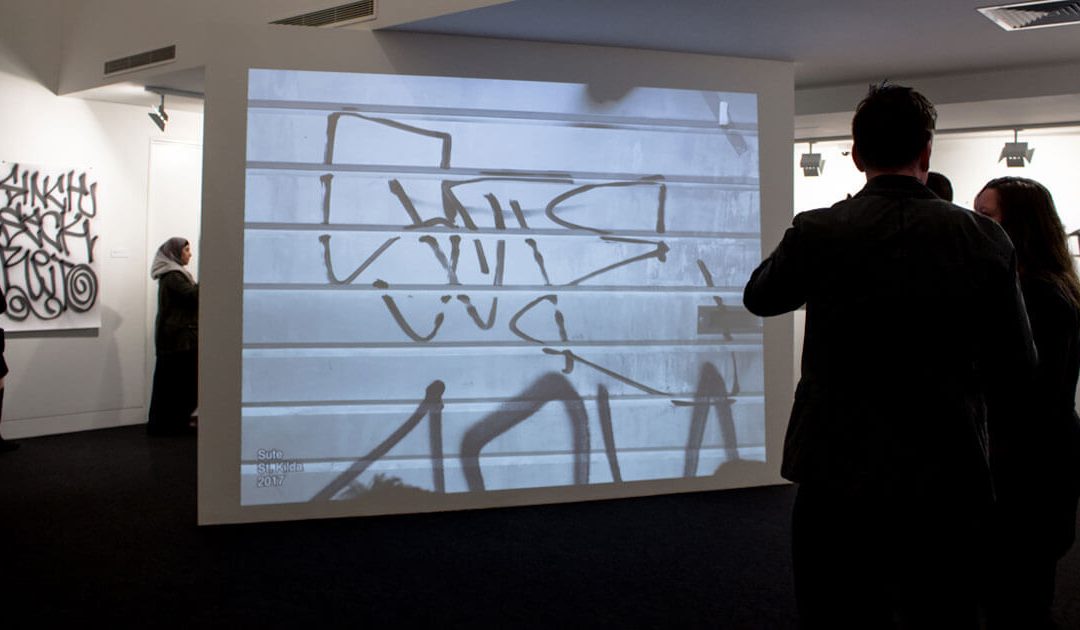 July 21 – January 19
Islamic Museum of Australia’s new visiting exhibition explores the urban calligraphy of Melbourne, offering a unique insight into Melbourne’s graffiti culture by probing the intersection of tags with traditional Chinese and Islamic calligraphy. The show serves to separate the tag from its daily environment, with all its learned prejudices, and highlight a complex artistic discourse and evolving set of aesthetic achievements that has strong ties to traditional calligraphic arts.

The tag, the basis of a writer’s knowledge of letter manipulation, continues to be considered as an act of vandalism. While various forms of graffiti have been represented in galleries since at least the early 80s, the calligraphic element that forms its foundation, namely tags, has remained largely ignored by the greater art-world.

Our opening night was well attended by over 50 visitors and included an opening address by Kim Le-Cerf, Mayor of Darebin and Dr. Lachlan MacDowall from The University of Melbourne.

We look forward to welcoming you all in exploring Melbourne’s urban graffiti culture through this unique lens. 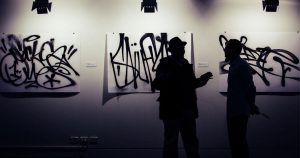