Australian Muslim Artists is the annual exhibition presented and curated by the Islamic Museum of Australia showcasing Muslim Artists. The exhibition offers an opportunity for both up-and-coming and established artists to present their work in a professional gallery setting.

With thanks to the Australian Muslim Artist Art Prize sponsor: 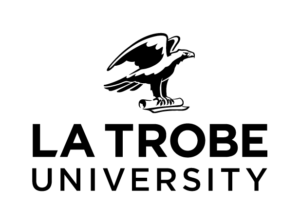 Applications are open to all artists who meet the criteria outlined in the Terms and Conditions.

Eligible entries are considered for inclusion in the AMA2021, an exhibition of shortlisted works selected by a panel of judges.

Three prizes will be awarded for AMA2021:

Dr. Stefano Carboni is an internationally recognised curator and scholar of Persian and Islamic art. He has served as Curator and Administrator of the Department of Islamic Art at The Metropolitan Museum of Art in New York, Visiting Professor of Islamic Art at the Bard Center of New York University, Distinguished Visiting Professor at the American University in Cairo, Director and CEO of the Art Gallery of Western Australia, and currently as the CEO of the Museums Commission for the Ministry of Culture of the Kingdom of Saudi Arabia. His many catalogues and books include The Wonders of Creation and the Oddities of Ilkhanid Painting (2015); Venice and the Islamic World, 828-1797 (2007); and The Legacy of Genghis Khan: Courtly Arts and Culture in Western Asia, 1256-1353 (2002), which was awarded the College Art Association of America’s Alfred H. Barr Prize for outstanding museum publication in that year.

Dr Anisa Buckley is a Research Fellow at the University of Melbourne and the University of Sydney. Her research focuses on Islamic law, gender and Muslim minorities, and her book based on her PhD was published in 2019 titled “Not ‘Completely’ Divorced: Muslim Women in Australia Navigating Muslim Family Laws”. She has over twenty years of experience working with various Muslim community organisations across Australia in the areas of Islamic education, capacity building and Muslim women’s advocacy. She was a founding Board Member of the Islamic Museum of Australia, and is a longstanding Board Member of the Australian Muslim Women’s Centre for Human Rights.

Bala Starr is Director of La Trobe Art Institute, La Trobe University. Until late 2019, she was director of the Institute of Contemporary Arts Singapore (ICA), where for six years she steered contemporary art programs that championed diversity and expanded audience participation. During her ICA tenure, Bala developed innovative curatorial projects through partnerships with guest curators, art historians and institutions including Palais de Tokyo, Musée d’art contemporain de Lyon and the Singapore Biennale. Bala previously served as senior curator at the University of Melbourne’s Ian Potter Museum of Art, and held executive positions at the Melbourne International Biennial and two Australian contemporary art spaces. Throughout her career, she has advocated for independent artists and curators, intergenerational exchange and under-recognised collections and practices. She regularly develops curatorial workshops and forums and contributes to public programs, symposiums and advisory panels.

Mahmoud is responsible for the art department and research activities at the Museum. His role includes curatorial work, exhibition management and collections care and conservation. Mahmoud has a PhD in Cultural Materials Conservation from the University of Melbourne and a Bachelor in Conservation from Cairo University- Fayoum Branch. He is a casual lecturer at the Grimwade Centre for Cultural Materials Conservation. Mahmoud has a long experience in collections care and conservations science both professionally and academically. Throughout his learning journey he has collaborated with and trained in international institutions around the world including the USA, Italy and Egypt.

Enquiries may be directed to Islamic Museum of Australia: